Who is Dumas Walker? 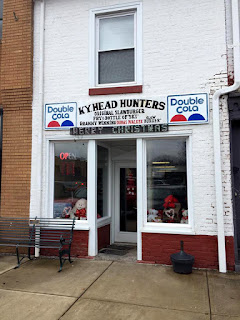 Twenty-eight years ago, in 1990, the Kentucky Headhunters released “Dumas Walker” as a follow-up to their successful “Walk Softly On This Heart of Mine.”  With the music video being aired on CMT, music fans wanted to know more about the man, myth, and legend of Dumas Walker.  What many do not realize, there are two references for Dumas Walker with a story of their own.

Well let's all go, down to Dumas Walker
Let's all go, down to Dumas Walker
We'll get a slaw burger, fries and a bottle of Ski
Bring it on out to my baby and me
The man, Dumas Walker, was 74 years old when he was asked to be a part of the music video.  He originally owned Walker’s Package Store on TN 51, just south of the Kentucky/Tennessee State Line in the town of Moss, Tennessee.  Dumas Walker, along with Welby Lee of Tompkinsville, were world champion marble players.  Dumas was well known in those parts for his marble playing and you can see him in the video playing marbles on a pool table.  Sadly, on his way to a marble game in Bowling Green, he broke his arm in a car wreck.  The injury forced to be unable to shoot marbles afterwards.  Walker passed away on April 22, 1991 in Nashville, Tennessee.  He is buried in the Macedonia Cemetery in Moss, Tennessee.

In 1991, the famed general store went on the auction block.  Ironically, the person that purchased the store was not allowed to call it Dumas Walker's because his widow, Hazel Walker, wasn't selling the name.
The other "Dumas Walker" is a restaurant in Greensburg, Kentucky.  It was originally called the Adolphus Ennis Lunchroom.  The locals would call it “The Greasy Spoon.”  Thanks to the song, many folks call it Dumas Walker's as it was where the Kentucky Headhunters would get a slaw burger, fries, and a bottle of Ski.

These days, there is a sign out front on top of the entrance that says:
KY Headhunters
Original Slawburger
Fry & Bottle of Ski
Grammy Winning Dumas Walker Slaw Burger
The song, “Dumas Walker,” was originally recorded as a demo in Acuff-Rose'’s Hickory Records Studio.  Later on, the band would borrow $4,500 to record an album, “Pickin’ On Nashville,” and included the now famous song.  “Dumas Walker” peaked at number 15 on the Billboard County Music Singles Charts and was on the chart for 26 weeks.  The band won a Grammy Award for Best Country Performance by a Duo or Group with Vocal, Best New Vocal Group award from the Academy of Country Music (ACM), and Album of the Year and Vocal Group of the Year awards from the Country Music Association (CMA). 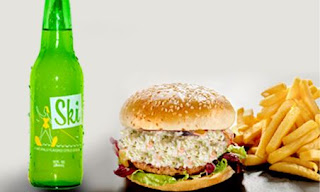 For those that wonder, Ski is a citrus tasting non-alcoholic drink that is sweeter than Mt. Dew.  It is very popular throughout southern Kentucky.  You can pick up a bottle (these days plastic) at any gas station throughout the Cumberland Parkway.  Some places like Kroger also carry the drink.

These days, the Kentucky Headhunters are still out picking and singing out on the road with quite a few tour dates.  They recently released a new album, “On Safari.”  Be sure to check them out over at www.kentuckyheadhunters.net. 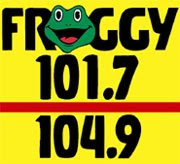